Another School Shooting......Only this time it's way to close to home. 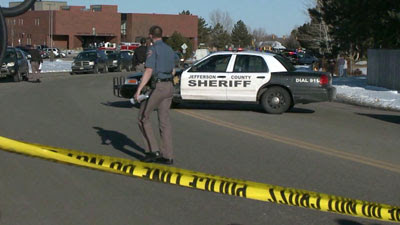 Picture courtesy of 9 news.
Yup, today's school shooting happened about 5 blocks from my home. It's all very surreal too. I'm very surprised that I didn't hear anything, considering I was walking out of the preschool (you can see the middle school from it), with my two youngest children right around or a minute or two before it was happening. I didn't know about it until my oldest called and told me that his school was on lock down because of a shooting. Let me tell you, that is a scary phone call to get! I didn't get all that concerned because originally I was thinking that it was something that happened at a home around the neighborhood. But then he called me back to say he was with a friend and his mom, and in the background I could hear someone say it was at the middle school. That's when I began to feel sick.
My 8th grade cousin stood about 10 feet from the shooter, she saw him and yelled that he had a gun, then she was able to run and hide before he started shooting. Thank God, there were only 2 kids that were hurt and they both have non life threatening injuries.
Remember the last post when I mentioned that whole home schooling thing??? Well, here's another reason to add to my pro vs con list. What is this world coming to? I just don't get it and I really don't want my kids growing up like this? What are we going to do though?
To read the whole story click here.
What's even scarier is that from what it looks like right now, it was a totally random thing. An adult male (32 yrs. old) walks into the school and back out again, asks some students if they go to school there and then starts shooting?? My question is this.....did he stand out on the street and ask himself which school to go to? The elementary school or the middle school? Why shoot kids for no apparent reason? He has NO connections to the school what so ever. He's not a parent, he doesn't work there or get fired from there. Just a total whack job! They just released his name......wait for it......Bruko Strong Eagle Eastwood. My hubby said maybe he's mad at his parents for naming him. LOL, hey we have to find something funny about this.
All I know is that those Dr. Benke and all of the other teachers are freaking amazing and total hero's. They were able to tackle and subdue him until the police got there, and they were there within minutes!
On a lighter note, it's Wordful Wednesday! I was cleaning this week, while trying to conquer the ever growing laundry pile, I made my way into Shays room to put some clean clothes away; Well, one thing led to another and I came across his stash.......you know that spot they throw everything in even if it doesn't belong there. The one where they put everything and then proceed to tell you that their room is clean. yeah, that one and let me tell you, it was not pretty! 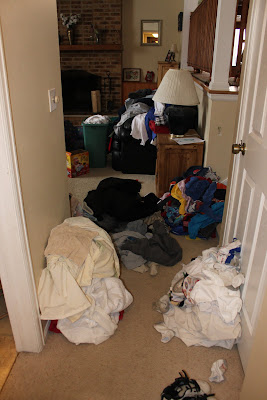 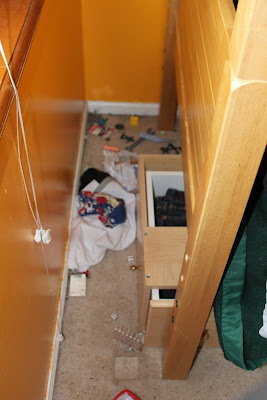 On another wall I found some little tiny dirty piggy's that had been left behind by my Jax when he shared that room, how cute is that (and kind of gross)! 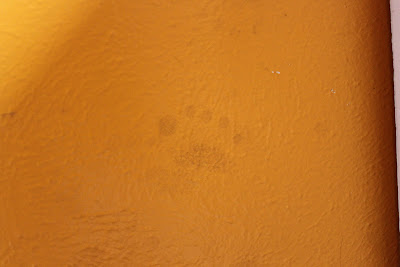 Well, that's my week up until now. So everyone have a wonderful day! Go say hi to Angie and her beautiful family.

About me and my sanity

Looking for something specific?

Our past moments of insanity, love and chaos

Weather at the nuthouse

Where in the bloggysphere did you come from?????