The Hubby and I made a split decision to take a trip to Bay City Texas last week to surprise his mom. It was a much needed vacation and it was nice not having to think about work or all of the everyday crap that comes along with being home!

It was an eventful 5 days though! His mom was soooo excited to see us sitting in her mothers living room on a Tuesday afternoon. This day also happened to be her sons birthday, so it was a little extra oomph. Yes my sweet hubby decided to spend a whole day traveling with his family for his birthday. We were up at 4:45, on a plane at 6:30 with a 2 hour flight and a 2 hour drive all to see his mommy and he loved every minute of it! The kids did too. It was their first time traveling and flying on a plane. So they took in every moment of it and they did awesome!!! We were so proud of them. 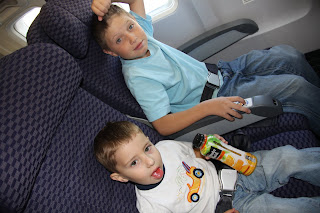 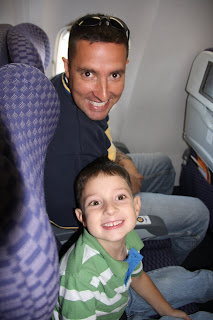 We spent 3 days at 2 different beaches and only had one incident......Jaxson got stung by a jellyfish on day two. Yea, we didn't think we were ever gonna get the poor kid back into any sort of water ever again. It was very traumatic for a 5 year old! But....he did go back in on day three and he had a blast. Luckily there was no sign of the oil spill. I just wasn't expecting the water to be so murky. It was fun though, I loved watching the kids find seashells, play in the sand and marvel at the waves. 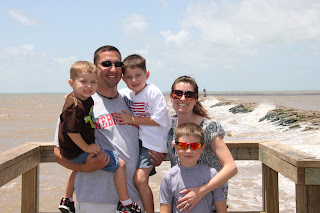 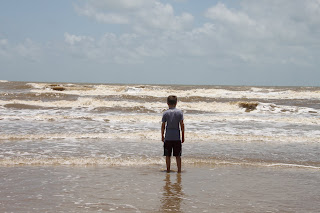 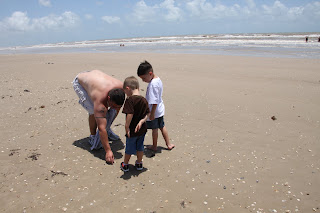 It was a great week visiting with Grandma and all of the other family but it was also nice to get back home. Why is it that you feel like you need a vacation from your vacation???
Posted by Nicole at 10:10 AM 3 comments:

Wow, this summer is just flying by and honestly I haven't even thought (much) about blogging. Even though we have been busy, there still isn't much to blog about! It's just the normal every day stuff and trying to keep the kids entertained. So this is going to be a basic mish mash of stuff, catching up and a review.
A night out with my best friend is always nice. Some of you may recognize her and some of you may not. It's Tasha from the Housewife Diaries! It was so nice to sit and visit. Neither one of us get that much alone time. Even our phone conversations are totally interrupted. You know how that goes, you're kids don't want anything to do with you until your on the phone. That's when they have their most important questions! 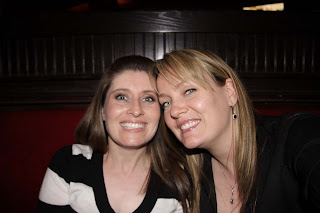 Jax turned 5 and suddenly he's is an old man! He knows all and has become a demanding, full of attitude and emotion child. He thinks he's pretty cool. 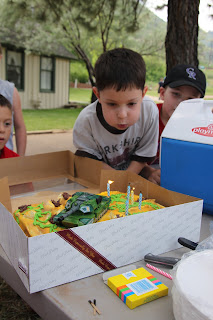 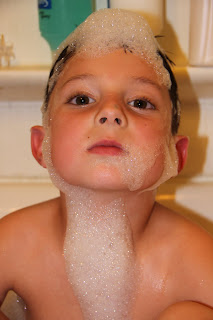 I received my fountain from CSN Onlines stores and have had the chance to try it out. So what do I think of it? I think it's cute. It was easy to put together, it's looks nice and it has that a little bit of a trickle sound. Would I pay $60 for it with my own money? I don't think so. I was expecting it to be a little bigger and the light at the top is not really ambiance to me.....it's a halogen light so it casts off that bright purple annoying light. But then again it makes a neat reflection on my kitchen ceiling when all of the lights are off. I am going to have to go out to my yard and find some more rocks to add to it too. So over all I think it gets a 6 out of 10 rating. 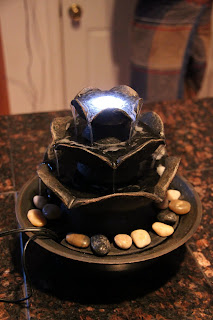 Notice it stands just a little taller than my hand sanitizer bottle! 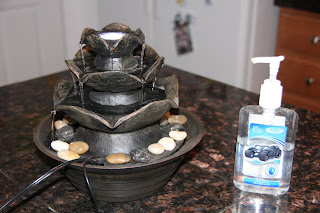 Fourth of July was just ok. The hubby worked, my oldest was out of town and I took the 2 little boys to a fireworks show on Saturday. It didn't go well. At all. They were terrified and hated every minute of it! But I managed to get a few pictures. Fortunately, they did much better the next night, I wish i could say that much for the weather! By the time it was time for the kids to light off their fireworks....it was raining and freezing. 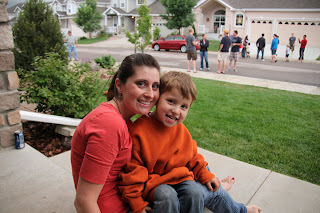 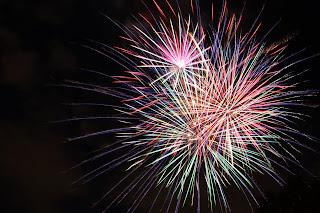 Baseball season came to an end and I must say that this year went better than the last few, and we have decided that this is the team that we're staying with. Shaymus had so much fun and he learned a lot. So we're looking forward to next season! 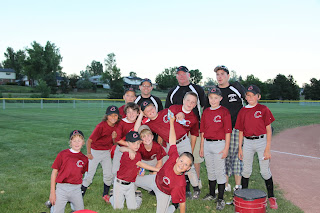 Well, that's all I have for now! I will have something more to write about in the following weeks. Promise. We're taking a family trip next week, but I'm not giving too many details. Wouldn't want to ruin it :)
So everyone have a wonderful week and happy WW to all. Head on over to Seven Clown Circus for more fun and don't forget to say hi to Angie.
Posted by Nicole at 11:34 PM 4 comments:

About me and my sanity

Looking for something specific?

Our past moments of insanity, love and chaos

Weather at the nuthouse

Where in the bloggysphere did you come from?????